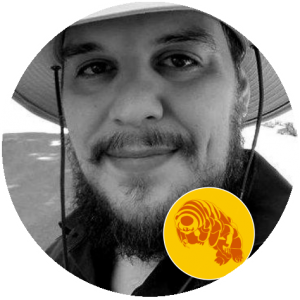 First curator for our Twitter ‘rocur’ (rotating curation) account is Dennis Eckmeier. Usually he tweets as @DennisEckmeier (and @SciForProgress) During his week he will tweet about his goals for Science for Progress, which he initiated.

Dennis is passionate about using scientific, empirical evidence for everyday decisions, big and small, personal and global. He believes that if we as people based our world views on empirical evidence, the world would be a better place.

Instead, he says, as humans we usually put our world views and ideologies first; sometimes to the point at which we deny reality. Philosophers developed the scientific method to overcome this tendency. But it is no accident that it took humanity so long to device the scientific method: it goes against our natural thinking, and common sense. It is very hard for everybody, including scientists who are trained in it, to not fool themselves. It takes patience and discipline.

With Science for Progress Dennis wants to convey to people what sciences are and what academia is. He wants the people to support basic research and to embrace the fact that it can’t promise specific outcomes. And he wants governments to first assess what the realities are, and to keep them in mind when they work out political compromises.

Dennis had trouble deciding which of his many passions to make into a career. Having spread out his time across many hobbies and activities he found himself with a below average high school grade but a ‘can do’ attitude. Thus, he defaulted on his childhood idea of studying biology. Which turned out to be a struggle until he began his career as active researcher.

Dennis is curious about how animals control their behavior. What he likes about his work in neuroscience are the challenges that demand a broad set of skills, and the intellectual work.

Despite his love for science, he is about to end his academic career. In summer 2018 Dennis will begin a sabbatical year, during which he plans to work on Science for Progress, and other projects. He considers to then work in academic publishing, science advocacy, science outreach, or online education.

P.S. Dennis finds it very weird to write about himself in the third person.