“I believe that science literacy is one of the most important determinants of sound public and political decisions. I also believe that public awareness of certain scientific fact can improve our relationship with and behavior towards nature, health, and the justice system.” 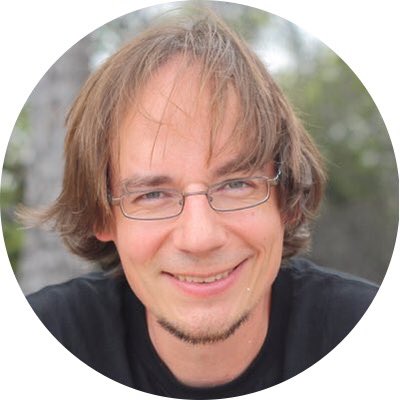 Jens is a PhD from Germany, who works at Florida State University as a research associate. He studies the neuroscience behind psychopathy and aggression. As a supporter of science communication, he co-founded the German language edition of ‘@realscientist‘, called ‘@realsci_DE‘, a rotating curation project, showcasing scientists on twitter.

Jens believes that scientific literacy and awareness of the most important facts about nature and health are crucial for everybody living in a democratic society. During his curation he plans to talk about his work, but also to give a shout out to the many science communicators an science communication venues you might not be aware of, yet.

Jens grew up in a small town in Germany, and he was the first and only in his family with an advanced degree or working even close to academia. This provides him with a more down-to-earth approach to academic life and research.

He describes his career as straight forward. He had always been interested in the scientific process. During his studies in psychology he found neurpsychology – a physiological approach to psychology – most intriguing. Following a PhD in a well established lab in Germany, he decided to move to Florida to study psychopathy and aggression.