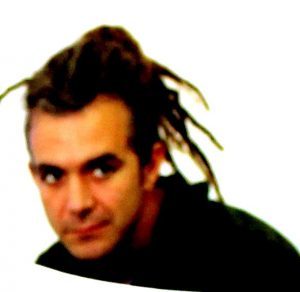 João Cão is a cultural activist and PhD student in Philosophy of Science. He studies social participation in scientific research, using the mediation of a citizen science project as his field work. This cooperative research of the coast line of the Tagus’ Estuary brings together geologists and the inhabitants of a self-built neighborhood. During his curation he wants to take a critical approach to social progress in science.

Before he got into citizen science, João left a neurochemistry lab to do European volunteer service with socio- cultural animation in Prague. He also worked in science communication for a while. He is keen on meeting people from other cultures, and is an active member of hospitality exchange. He is also a comic book nerd.