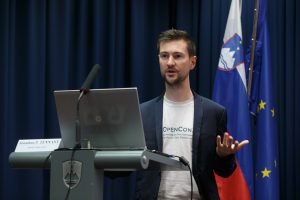 Jon is a paleontologist, originally from Leicester in the UK. In 2017, he received a PhD for his award-winning thesis work on dinosaurs, crocodiles and other animals, from the Imperial College London. He published scientific articles on the impact of environmental change on biodiversity and extinction in the fossil record, as well as the early evolution of the ancestors of crocodiles.

Jon is passionate about open science, and published articles on Open Access and Peer Review. For the last 7 years, he has been challenging the status quo in scholarly communication and publishing, and became the Communications Director of ScienceOpen for two years in 2015. He is currently building an Open Science MOOC to help train the next generation of researchers in open scholarly practices. Furthermore he is leading the development of the Foundations for Open Scholarship Strategy document, and is the founder of the digital publishing platform paleorXiv.

Jon is also an ambassador for ASAPbio, Figshare, and the Center for Open Science, a scientific advisor for Guaana and ScienceMatters, a Mozilla Open Leadership mentor, and the co-runner of the Berlin Open Science meetup. He is also a freelance science communicator and consultant, and has written a kids book called Excavate Dinosaurs, complete with pop-out DIY dinos. He has just won an Open Science travel award with IGDORE to work on Open Science in Bali, and is also Executive Editor of the newly launched Open Access journal, Geoscience Communication.