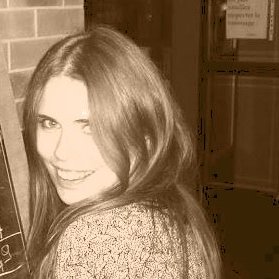 Dr. Katharina Hennig recently received her PhD in physics in Grenoble, France. Her thesis focused on understanding the mechanics of cell migration. Moving through your body is a critical function of cells, for example during immune responses, and development.

Katha is convinced that even the smallest effort in sharing experiences, facts and advances in science with a broader audience can foster trust and excitement and might ultimately lead to a better reputation of research. This is why she uses her twitter account to share her experiences as a scientist, and to communicate science to a broader audience. She further illustrates biological processes and writes science-related stories which she publishes on online blogs and collect on her own website.

Katha learned early into her PhD that science can inspire arts, architecture, and other aspects of life. It can be fascinating not just to scientists, but everybody! Her supervisor, for example, motivated her and others in the lab to join in his involvement in an art project, where professional dancers created a choreography based on microscopic images.

During her curation on @sfprocur, Katha wants to convey what she learned from her PhD thesis. And she wants to talk about how everyone can make first steps in science communication.

Katha was raised in a small village close to Leipzig in the east of Germany, surrounded by animals. As a kid, she wanted to become a veterinarian. But she changed her mind on the day I found out that vets need to put their hands up a cow’s butt. Nevertheless, her fascination for animals and nature in general never died. This came in handy in school. She did pretty well during courses in biology and any other scientific subjects – besides physics which she says is ironic considering she just obtained a PhD in Physics.

Following secondary school, nobody who knew her was surprised when she decided to study something science-related. She enrolled in a Bachelor’s program for biotechnology at the University of Applied Sciences in Jena. She was intrigued by the idea of using living organisms to develop new products. During that time, she also worked as a student research assistant to gain lab experience, and to get a glimpse into the world of science. The taste of research carried on, and she never worked anywhere else than in research institutions.

After she received her BSc degree, she joined an international Erasmus Mundus Master’s program to study Nanosciences and Nanotechnology. The first year was tough, she writes, because she had to learn a lot of semiconductory and quantum physics, but barely any biology. But then, in her second year in France, she specialised in NanoBIOtechnology. One of her courses was given by Martial Balland, whom she describes as a brilliant young physicist with a genuine interest in his research. Because he sparked Katha’s interest in mechanobiology, and because she was interested in the techniques he was applying, she eventually chose Martial Balland to be her PhD supervisor.