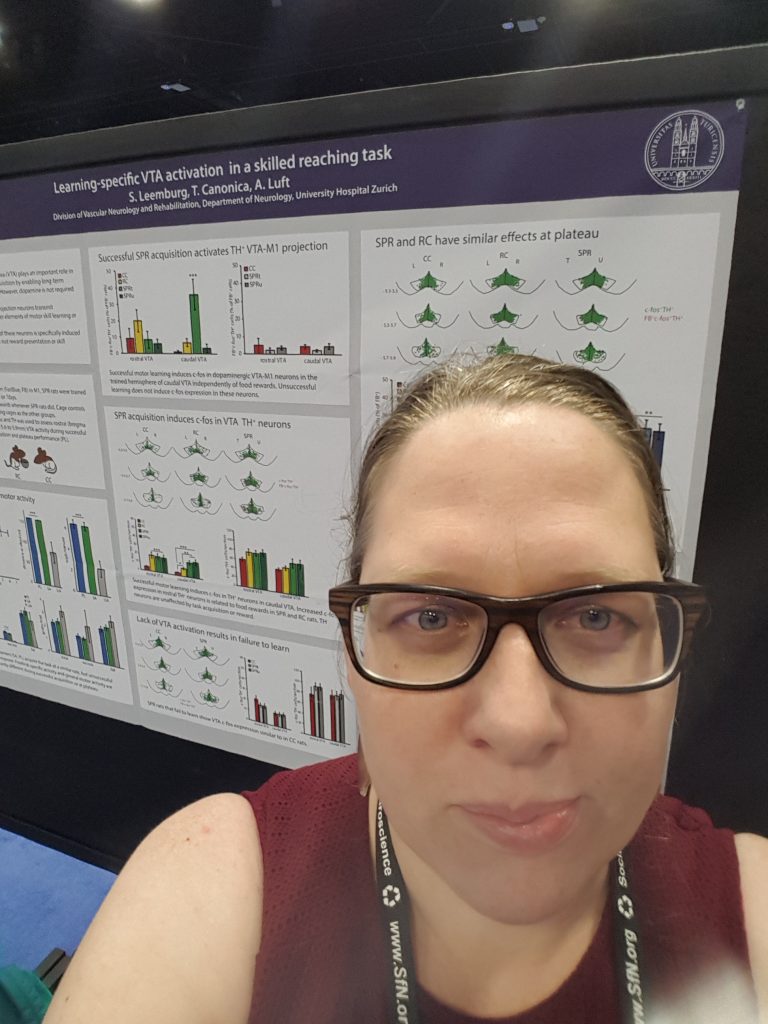 Dr. Susan Leemburg is a neuroscientist from the Netherlands who now lives in Switzerland. After a postdoctoral fellowship at the University of Zurich, she is currently looking for a new position in academic research. In the meanwhile she is working part time at the laboratory animal services center of the University of Zurich. So, during one half of the week Susan helps to make sure that everything is in place for researchers to do the best science possible. During the other half of the week she ‘writes stuff’ (grants, papers, job applications) and tries to figure out how brain activity predicts recovery after stroke.

Susan is passionate about fighting sexism, informing people about animal experiments, and about DIY science. She started Highlighter, a website to bring more visibility to the amazing women working in STEM fields in Switzerland. Other than that, she enjoys talking to people about science she finds exciting. She’d tell them why something is cool or important, “whether they like it or not :)”.

During her curation, Susan will be tweeting from Berlin, where she will have visited the “FENS Forum”, the biannual conference of the Federation of European Neuroscience Societies. She will tell us which topics got her excited at the conference. Other topics will be women in science, and animal experiments. And finally she wants to talk about DIY science/citizen science and how it’s not only just fun, but can be used to make the world better as well.

Susan grew up in the Netherlands with a little brother and two biologist parents. This had two main consequences: firstly, she can spot the rare plants before her dad does. Secondly, she was sure she’d never wanted to be a biologist. ‘That bit didn’t really work out…’

Instead she did indeed study biology in Groningen (NL), and specialized in medical biology. In her first year, she was certain she wanted to study HIV or malaria as a microbiologist. As it turns out, she doesn’t like molecular biology very much. Instead she became interested in neuroscience, specifically sleep research, in her 4th year. So, after graduation, she moved to Switzerland and did her PhD at ETH Zurich on how sleep and motor function are affected after stroke. Then she ‘stumbled’ into a post-doc position in a different lab in Zurich, where she worked on the role of dopamine in motor learning and automated methods of measuring stroke recovery in rats. Now, she is looking for the next adventure!